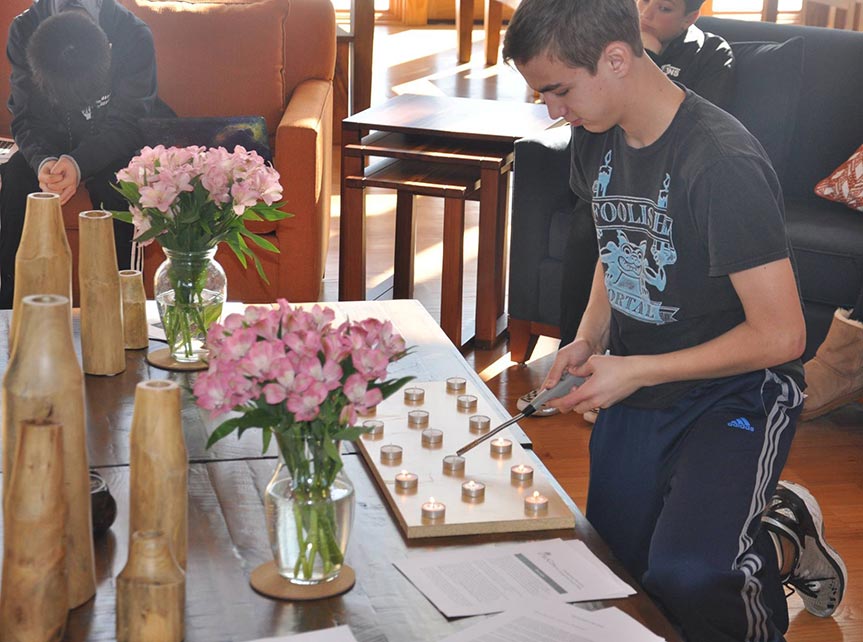 For those of you who might not know, the School Walkout was a nationwide protest organized by students after the school shooting in Florida. The basic premise was to walk out of schools at 10:00a.m. on March 14th for 17 minutes. One minute for each of the dead.

But really it wasn’t quite that simple. The Walkout was a protest with a specific agenda for solutions to the nation’s proliferation of school shootings. And, guess what? Not everyone agrees on the solutions.

So what is a school to do? The Glenbrook High Schools found themselves in the middle of the fray. They made one decision, then walked it back and made another decision that appeared to be the best compromise they could come up with to satisfy all parties. My guess is that no one was happy. Such are the times. Public schools have a tough row to hoe.

We thought long and hard about it at CDS for Middle School students. What should they do? The safe answer was: nothing. Just avoid it. But we (faculty) knew that to honor our Internship to Adulthood approach to school, we would have to leave it to the students to decide. This was a student led protest. If our school was to participate at all, it was going to have to be up to the students.

Guess what? They didn’t all agree either. Hmmmm. What to do?

Again, we left it to the students. And this is what was fascinating to me: there was immediate agreement among all of the students that they wanted to honor the lives of the people who had been killed. That was the first impulse expressed by the students. It was one of unity.

Then the diversity arose. After some research, some students realized they didn’t agree with all that the Walkout represented. Discussion ensued. Pretty quickly they realized that they didn’t all have to do the same thing. They were a unified group with different opinions.

The Walkout Group would walk out, the other group had some thinking to do. How would they spend their 17 minutes? Ultimately they decided they wanted to do further research on the solutions and also honor the lives lost. They decided to have one second of silence for each of the lives lost. Time to step in. I mentioned to the students that this was probably a shorter time than it took for the shooting to take place. “How would that actually feel?” I asked. “One-dead, two-dead, three-dead, four-dead.” This was simply youth and inexperience. They quickly decided that wasn’t going to feel how they had envisioned it.

It became clear to us (faculty) that after several days, the students were not really connected to the loss of lives. It was simply incomprehensible to them, as to us all. So we started the next morning by looking at a photograph of each person and reading the bits of information available about their lives. Every CDS student read aloud. There was a palpable shift. One student who died was Chinese; one was Mormon; one loved soccer. One student was killed while he held a door open to let other students in the classroom. You could see our students wondering if they would have done the same. It was starting to hit home. By the time they finished reading about each of the victims, heads were hanging, shoulders were slumped.

Ultimately the students who stayed inside decided to light a candle for each of the dead while showing their photos on the Community Room screen. The ceremony was solemn.

The students who walked out made signs and stood awkwardly in the cold for 17 minutes as cars passed looking on with curiosity. Walking out of school with several hundred students is a different ballgame than walking out with fewer than ten. 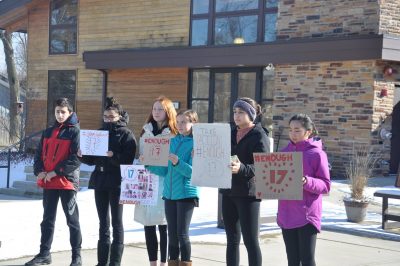 At the community meeting the next day, the students discussed how they had chosen to spend the time. The sadness remained. One student suggested that maybe they could continue to think about the loss of lives by learning a bit more about each person and talking about them at morning meetings for the following days. I think the sense that for these families, it wasn’t over on March 14 was clear to the students. They wanted to do something that lasted for more than one day.

I felt quite proud of our students and how they navigated a very divisive issue. While conversations were heated at times, they ultimately remained unified. Solidarity reigned. I wish that you all could have borne witness to the process they went through over the course of many days. It would have left you more hopeful for our future.

I am so proud of the CMS community. We miss being a part of it.

I second Michelle’s comment 100%. Brave the CMS students and staff! I would have expected no less.