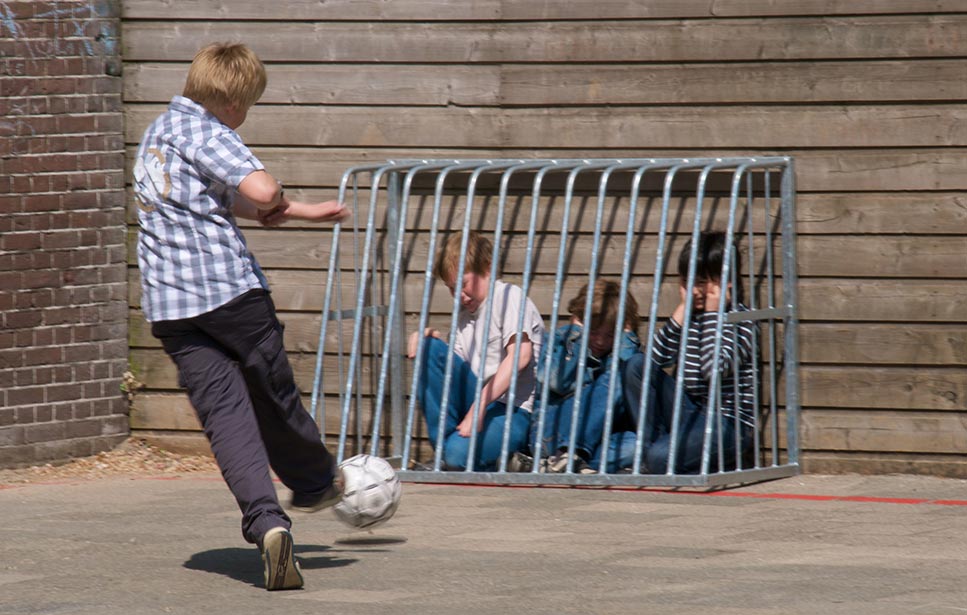 There was a time when bullies were easy to spot.  On playgrounds and sidewalks, in swimming pools and cafeterias, they were the biggest boys.  A “good bully” usually had at least one flunky on his left, one on his right, a few thugs skulking behind.  Bullies knew how to avoid teachers, throw a punch, identify weakness, and instill fear.

There was a time when parents and teachers did not worry much about bullies.  They were a part of the social fabric, despised but accepted.  Part of growing up was, for most kids, acquiring survival skills.  Parents dealt with bullies only in extreme cases.  Teachers seldom intervened.

In a mind-boggling distortion of reasonable fear and intelligence, bullying is now routinely headline news. Terrorized by reports of suicide and depression, parents hover and micro-manage.  We know internet bullies use their iPads as weapons.  We scan classrooms, scroll through text messages, study Facebook pages and Instagram, frantically searching for hints of violence.  Today’s bully could be a geek or a girl, an old-fashioned tough-guy, a fourth-grade kid with unsupervised internet access, or a Minecraft addict.

Internet use is breathtakingly easy, but also complex and dangerous. Kids are curious.  They like to experiment, test boundaries, exaggerate, and goof around. It is fun to play with social media, experimenting with human relationships in ways that, especially to to preteens, seem less threatening. Good kids accidentally bully, using internet tools that make their errors and indiscretions permanent and public.  A son or a daughter can suddenly look a lot like a bully.

Simple routines can deter some bullying.

Good household habits will of course not eliminate bullying. There have always been bullies, and there probably always will be. Kids have always made mistakes, grown up too fast, and practiced random acts of defiance.  Middle school remains a cesspool of cruelty.

Raising children is surprisingly difficult, so much so that parents and teachers in every era have felt certain their job is harder than it ever has been.  The truth is, protecting kids has always involved a lot of attention, discipline, boundaries, and clearly defined limits. Today’s bully does not stick out in a crowd, but the best protection looks the same. Parents must give their kids a reliable inner compass, and a clear, stable moral code.