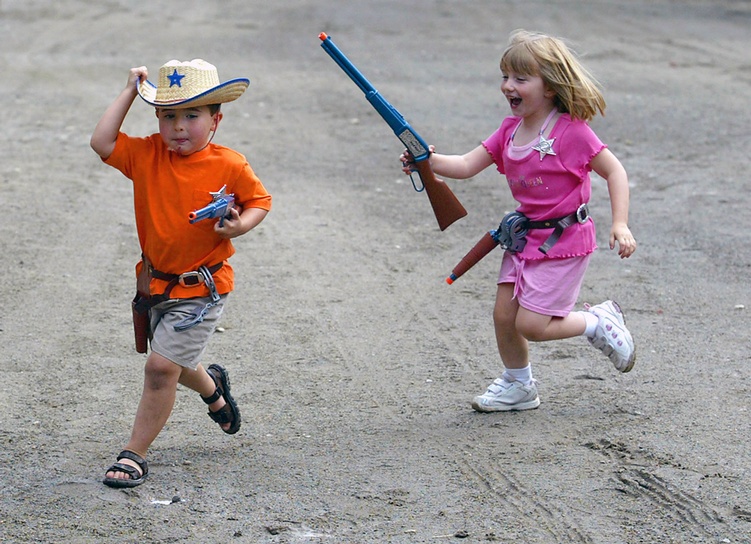 The year I was born John Wayne accepted his only Academy Award, for his role in the blockbuster True Grit.  Tough guys were cool in 1969.  The little boys I played with in our neighborhood spent a lot of time imitating John Wayne, running through backyards wearing cowboy hats and slinging pistols.  We pretended our banana bikes were horses.  Jump ropes were rattlesnakes lurking in the bushes beside the driveway.  Teachers did not worry about grit in 1969.

Many things have changed in the past 45 years.  Little boys do not sling pistols anymore.  Parents do not allow their children to run unsupervised through neighborhoods. Children have lost the ability to persevere, in school and on athletic fields. The resilience kids acquire with scabbed knees, permanent grass stains, and “where did that come from?” bruises is increasingly rare. Teachers now talk often of grit, usually with sad nostalgia.

Psychologist Angela Duckworth has studied grit and self-control extensively.  Her book How Children Succeed is definitely worthwhile, for parents who find time to read.  Her TED talk on grit is riveting.  Will the work of a brainiac professor and her research staff at the University of Pennsylvania help parents?  Optimistically, her insights will trickle down.  Realistically, playgrounds, elementary classrooms, hockey rinks and college campuses are overrun with wimps.

Grit is a powerful single-syllable reminder that something valuable has been lost. Even parents younger than myself, folks who never tried to talk like John Wayne, sense their children are lacking an essential ingredient.  Children should not cry every time they fall down. They should not quit every time they fail.  Duckworth does not suggest a return to fist-fights and football, but her message is a punch in the gut.

The usefulness of a term is measured by the ideas it inspires.  Thinking of grit as we watch our children grow may give us the courage to hesitate.  Parents may decide not to call the teacher, or criticize the coach, or complain about the neighbors’ children.   Every child may not succeed on every test, and that may once again be OK.  Thinking about grit may help us remember that failure is an excellent teacher.

Loved the Duckworth TED talk and she led me to Carol Dweck’s research. Her book, Mindset, is a must read

Couldn’t agree more. Two good opportunities to learn from women who are affirming, challenging, and inspiring.

Loved the Duckworth TED talk and she led me to Carol Dweck’s research. Her book, Mindset, is a must read