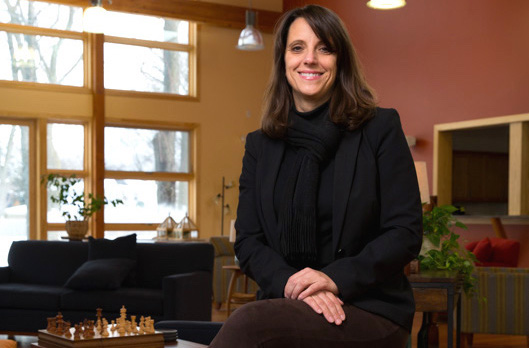 Parents speak highly about how their children’s experiences at Countryside prepared them for life. “Countryside Montessori is not just a place to send your children to school. It is where the children and parents learn together to form a functional family unit towards becoming valuable participants in society,” comments Steven Elisco, whose daughter Grace attended the school for 3 years. “From both a functional and financial perspective their business model only works with parent participation. It is a combination of clear communication about expectations toward meeting academic, philosophical and financial goals and positive results, that have made this school a continuing success for almost 50 years.”

Members of the Chamber’s Business Awards committee noted the school’s ability to grow and thrive without the benefit of any public funds. “Countryside is an extremely well run school that has continued to grow in the face of strong competition in an arena which is celebrated for its strong public school system,” comments Barbara Winter, First Bank of Highland Park. ” Secondly, it offers a creative alternative educational model that has been embraced by the community.”

Calise notes that the school is always on the path of seeking growth and success. “This is a community of people who have gotten things done – who have never been satisfied with the status quo,” she notes. “This is a place where we never settle for ‘good enough’ but we always strive for a place where people can envision different possibilities and create their own success.”

Countryside will donate its $500 honorarium to the North Sububan YMCA.

Countryside Montessori School is a not-for-profit organization overseen by a seven member board of directors and is an accredited member of the Independent Schools Association of the Central States (ISACS).