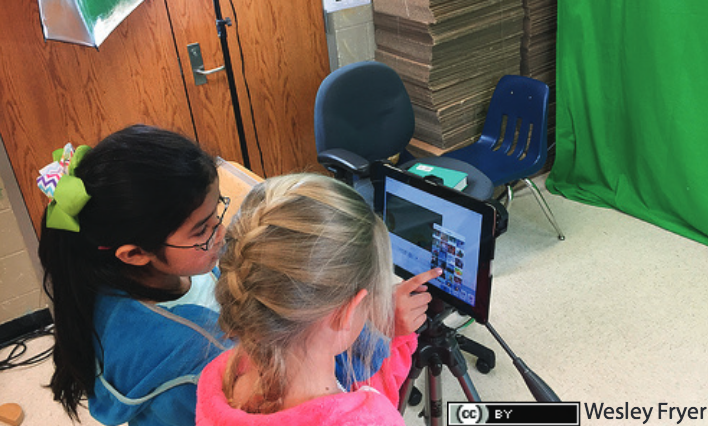 The following excerpts, from an article titled Technology in the Montessori Classroom – Benefits, Hazards, and Preparation for Life, by Greg MacDonald, appeared in the Fall 2015 (third edition) of AMI/USA’s journal.

An Old Truism Worth Remembering: Technology Gives Benefits and Hazards

A critical moment in our history occurred when one of our most distant human ancestors picked up a rock and used it to crack open a nut or a crab shell so that the meat inside could be reached. The first human tool had been invented. We should recognize that the invention of this first, crude hammer also led to the invention of something else almost immediately: The crushed and bruised thumb…that first “hammer” sometimes must have missed its mark and struck its user rather than the intended target! Benefits and hazards accompanied the first tool, just as they accompany our latest technological gadgets, and it is to benefits and hazards that we should direct our attention when considering technology in the Montessori classroom.

Benefits and Hazards Accompany Technology in the (Montessori) Classroom Too

equally aware of dangers that accompany [technology]. We should listen to them. We should also, as Montessori educators, look closely at what “technology in the Montessori classroom” might offer children in terms of potential benefits and hazards.

Don’t Just Focus on Screen-TIME; Shift the Attention to Screen-CONTENT

MacDonald concurs with the American Academy of Pediatrics that “television and other entertainment media should be avoided for infants and children under age 2.” However, for older children, he advocates a discussion that centers no only on the screen time spent, but also the content viewed. After citing a handful of studies that suggest screen time itself (for children older than two) is less of a harmful factor than what content is being displayed, MacDonald concludes that

Some of the major benefits cited for the use of digital devices in classrooms include provision of personalized instruction, self-paced learning, and improved access to information for “research”… [So] the jury is out when it comes to the benefits and hazards of some forms of “screen time.” What we have learned is that it’s often not so much the screen time itself, it is the activity of the child and the content that appears on the screen that brings benefits or hazards. Also, the degree of benefit or hazard is related to the age of the children interacting with the device.

In the context of the elementary Montessori classroom, MacDonald thinks technology use is appropriate when we “treat digital devices as potential tools for self construction, and when we refrain from introducing them until sensorial avenues have been explored by the children, and exhausted.” MacDonald wants Montessori parents and educators to ask

“Is there a practical purpose for this proposed access to a digital device?” Does it offer an alternative approach that exists in no other format? (Digital art work, for example.) Does a group project (such as an online e-newsletter) require use of a computer? If our answer is “yes”, then perhaps access to the computer is warranted for our elementary children.

It’s about Preparation for Life