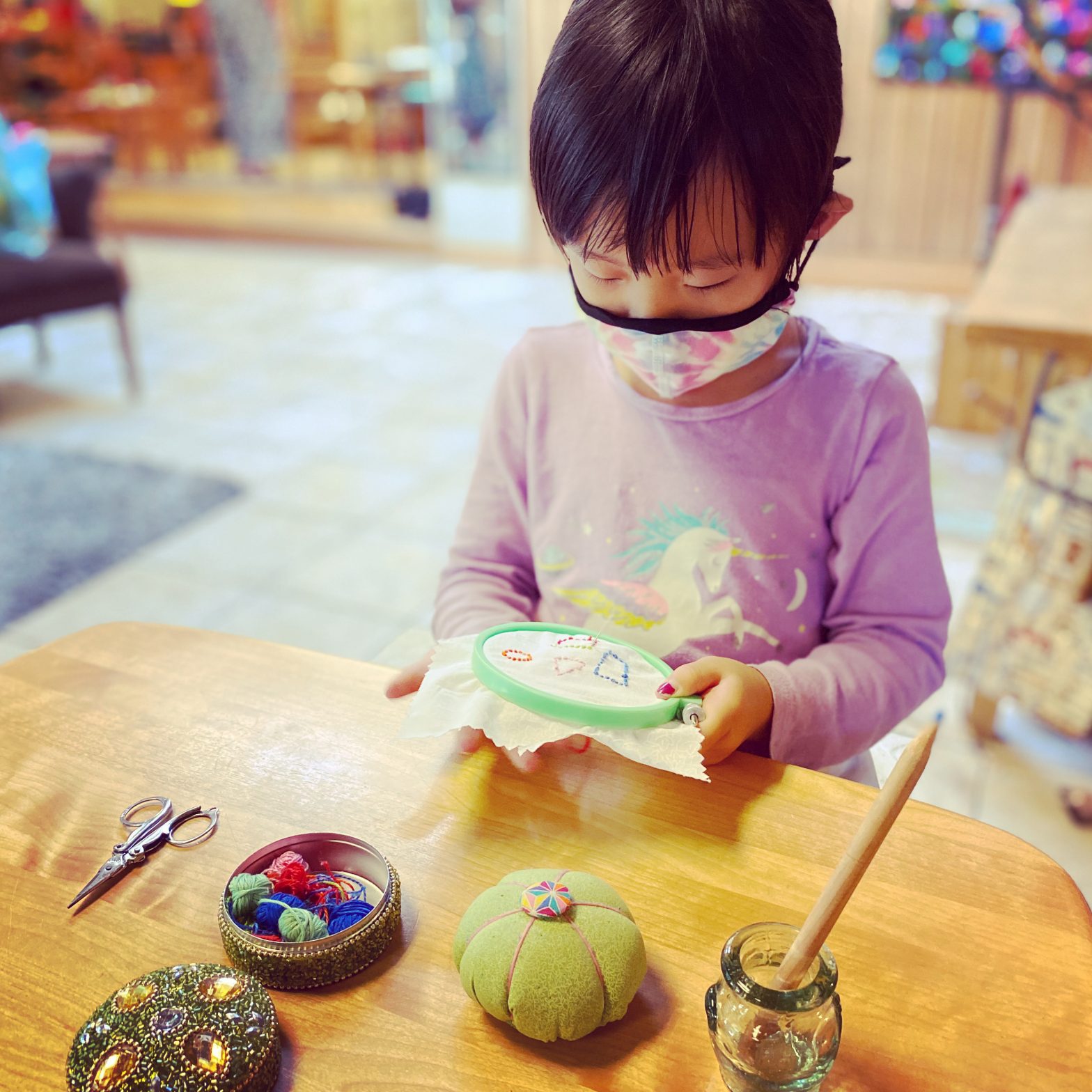 “As soon as children find something that interests them, they lose their instability and learn to concentrate.” Maria Montessori.

Children can independently work and play when provided with the right tools within an environment that suits their developmental needs as young as infancy. This is precisely why Montessori stressed the importance of a prepared environment. While you don’t have to recreate your child’s classroom in your own home, there are, as with discipline, many physical elements that should remain consistent from home to school for him to find success.

It’s far too easy for today’s parents to measure their love based on the amount of “stuff” they impart to their children. Typically, not much thought goes into each toy purchased, primarily because they are given a steady stream from infanthood. But every toy is essential to our children’s development. They teach them about the world, how to communicate, how to relate, how to create, convey values, and how to imagine. Intentional parents learn to limit the number of toys yielded. If managed thoughtfully, the benefits reaped will be great.

To start, most practically, the mess itself will be nonexistent if the number of toys is limited. Less stuff equals a tidier and cleaner life at home. During home visits, it’s common for me to see entire rooms, in addition to the child’s filled to the brim living quarters, dedicated to nothing but toys. They tend to take over the house of most young families. I usually begin my list of recommendations with one of the most straightforward tasks in gaining parental control. I tell these loving, well-intended parents to PURGE. Donate, recycle, re-gift, or toss to the curb. Whatever it takes to cleanse their home of all the extra will contribute to their child’s ability to play.

Not long after the eradication is complete, these same parents begin to observe more imaginative and resourceful play in their children. They see their children using their surroundings to create a world within itself. Whether it’s with blocks, dolls, cars, resin animals, or a chest of old dress-up clothes, they create games independently. The play ends when they want it to end. The toy itself doesn’t shut down or say game-over; this is purely up to the child. “Imagination does not become great until human beings, given the courage and the strength, use it to create.” Maria Montessori.

Also, with fewer toys, the play results in more focused and concentrated activity. Surrounded by endless options, a child is often over-stimulated and indecisive. He ends up spending very little time with one activity as he is drawn to the countless possibilities that are ultimately distracting him. This lack of focus displays itself early in the Montessori classroom. The bottom line: if a child lives in a home of excess, he is often challenged by the prospect of completing a task that requires stamina and endurance. The lessons in the classroom often involve a long sequence of activities, which build concentration. As the child grows, the sequence grows. He is expected to remain with his “work” until the undertaking is complete, an almost impossible quest for a child who has had no experience attending to anything for very long.

What other advantage accompanies having fewer toys? A sense of gratitude for the ones you do have! Gratitude and thankfulness are just as much a part of the Montessori curriculum as learning numbers and letters. Teaching the idea of gratitude at home goes deeper than skimming back on purchases, but it’s a great place to start. Many of us have mindlessly adopted a selfish mentality about the stuff we have. We deserve it. We are entitled to it. We are passing this claim onto our future generations. America’s “Black Friday” couldn’t be a more fitting example of the contradictory messaging sent to our young children every Thanksgiving. A gathering of family and friends is now partnered with the impression of consumerism and greed. When children have less, they learn to appreciate and value their belongings, and with this appreciation comes care. The care of the environment and all that it contains is a hallmark of Montessori education.

After reducing the toys, themselves, the next step is to begin to choose toys that encourage creativity and imagination, toys that are not restricted or have only one purpose or goal. Toys that don’t create passive bystanders, children are waiting for the lights, bells, and whistles and lose interest as soon as the toy is powered down. Think simple. I like to step back in the toy aisle and ask myself, “Which one will offer more than one perspective, more than one way to construct, more than one way to explore.” Not an easy task today. Even the classic “Lego” is cramping imagination. Forty-something years ago, my brother had a small bin filled with Legos. There were no directions and no original kits, only ideas that were formed by the child placed in front of it. Children are natural explorers. They have an innate desire to discover, learn, and play. By eliminating the excess and the distractions, we give them the freedom to do what comes naturally to them.