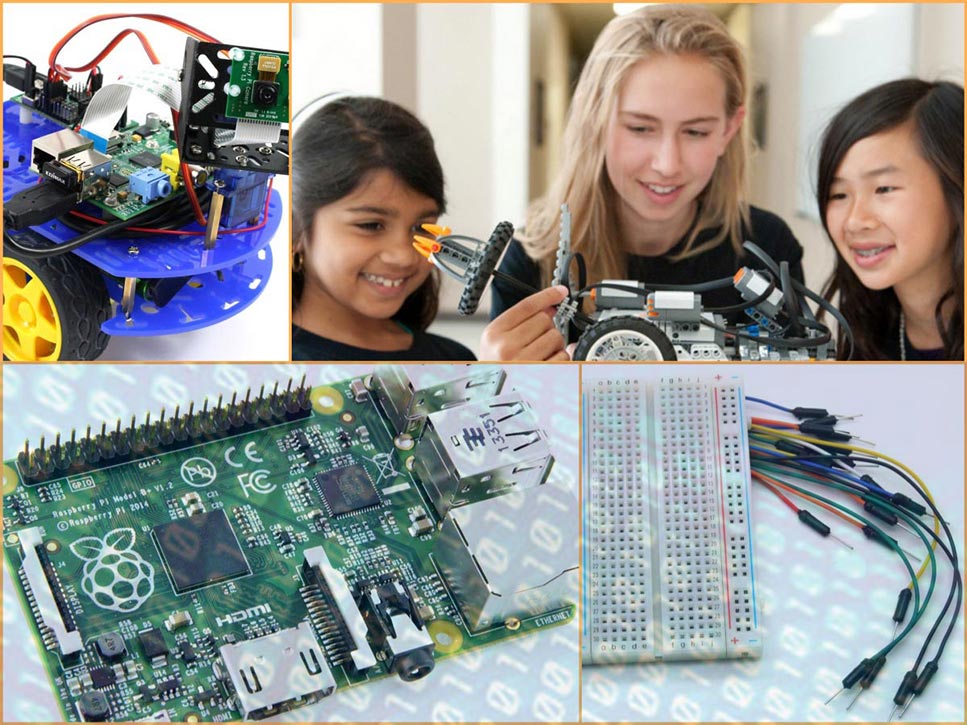 Beginning with a 3 week course during the summer program, the teaching of STEM will gradually spread into the curriculum. CDS recognizes robotics as a way to help further its mission of character and meet its learning goals in a 21st century context. Countryside’s 2015 Summer program will for the first time include a robotics/coding course (for grades 4-8, including students going into 4th grade).

Why should CDS Start Robotics/Coding Programs?

1. NOT merely to Ride the Trend Wave

CDS is not doing coding/robotics because everyone else is doing it. Nor does CDS aim to become a “coding/robotics school.” Countless schools are initiating robotics/coding programs “to respond to perceived pressure to add coding to the curriculum,” which usually just leads to a program’s ineffectiveness.The desire to ride a trend will create in the program a feeling that everyone “has to do it” without having an intrinsic knowledge of “why” they should do it– which will sap momentum, dull enthusiasm, and sabotage the determination it takes to finish projects and learn in the process.

2. NOT only for Career Readiness

The US Bureau of Labor Statistics projects a 22% increase in Computer/IT jobs by the year 2020–including a 30% increase in median salary for software developers (more than $90k). The goal of career-readiness is indeed a commendable (and common) motive for teaching robotics/coding. And yet this motive is not sufficient in itself to carry forward a meaningful and effective coding/robotics program. Not all students will enter into field of STEAM-D (Science Tech Engineering Art Math Design). While CDS strongly affirms the value of career preparation, its desire to do robotics/coding comes from a deeper, more fundamental place.

3. Because of CDS’ Mission

When asked “why are you beginning to teach coding/robotics?” CDS’ answer is unequivocal. Basically, it grows out of and is the natural evolution of the mission CDS has had for nearly 50 years: “to help your child become resourceful.” CDS wants students to be equipped with 21st century resourcefulness.

4. Because CDS has always been a School of the Future

Moreover, CDS has always been a school of the future and for decades has been practicing what have been called the Big Shifts in Education. These shifts have always been an organic trait of a CDS education. Adding a robotics/coding program is just another way–a 21st century way– to express 2 of these shifts in particular–shift #1 (From knowing to doing) and shift #4 (From consumption of information to construction of meaning). So, in short, robotics is important to CDS because because in the context of the 21st century, it is one of the most immediate and obvious ways our mission of resourcefulness and our quality as a school of the future is evolving and being enhanced.

5. Because it’s just One of Many Means to achieve Greater Ends

And a robotics course will teach CDS students “the all-important and transferable power of creative problem-solving,” especially as the robotics learning environment mirrors the real world well, since workplaces are “typically project-oriented, more so than test-oriented,” says Matt Fagen, a robotics educator in Taiwan.[4] (By the way, the move away from test-oriented assessment to “high value demonstrations” is the 7th Big Shift in education). The greater end of a robotics course is to teach “the ability to learn new systems quickly, to problem solve creatively, to prototype viable solutions to a goal, to isolate variables in a system, and to troubleshoot effectively”– and to fail.[5]

Yes… and to fail often. “In the best case scenario,” says Mr Fagan, “Students fail at their task often and have to pick up and try again.”[6] Failure is just another name for “the iterative process… the fertile soil of a robotics education, especially in the safety of a learning environment that accommodates this type of experience.”[7]When students propose a solution to a problem and ask “Will this work?” Mr. Fagan loves to reply “No solutions work inherently… the only things against you are time, entropy, and personal discouragement.”[8] The focus on growth through failure is what CDS parents hear, from the admissions interview, through the years of receiving weekly newsletters, to their children’s alumni testimonies highlighting the profound value of struggle in their lives to help achieve the success they now enjoy. Few things both fit our 21st century context and the CDS mission better than a well-structured, mission-driven robotics/coding course.

6. Because… it’s about Character

As always, at CDS it’s about character–from robotics to resourcefulness; from coding to constructing meaning from failure; from computing to compassion and responsibility. Robotics and coding is just one of many ways to achieve this inner growth–to see the inevitable opportunities for failure as fertile soil that is inherently suited to cultivate character and give students “a frame of reference to handle future setbacks inside and outside the lab.”[9]

Why Learning to Code Benefits Kids, Regardless of Future Career Choice, By: Beth Werrell

What Most Schools Don’t Teach