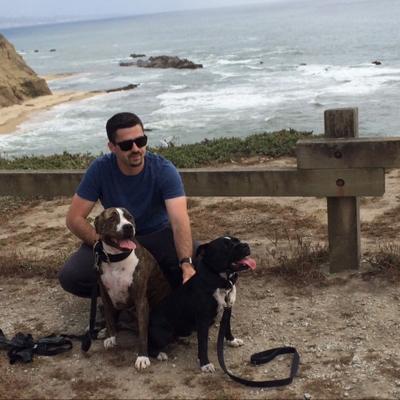 We feel that one of the most meaningful ways for you to know about the outcomes of a CDS education is to hear it from our graduates themselves. As we interviewed CDS alumni, we observed 5 prominent themes from their outcomes:

Jordan West is currently employed by a large hardware/software company in Silicon Valley. Jordan recently applied to switch departments at his company and his time at Countryside played a pivotal role.

…When I switched to [another team internally at my current company]…I had to go through another interview. During one of these interviews, someone asked me a question that I had actually been working on a real-world answer to for like a year. So I said to him I’m just going to pull my laptop out of my backpack and show you the answer… I went back and spoke to the manager because we weren’t sure things were going to work out, and his boss and I spoke, and out of nowhere he asked me Did you go to a Montessori school?” And I’m like “yes.” And he’s like “that makes perfect sense.” And within a day I was hired. So, people in our industry understand that difference [in the way Montessori students work], I think.

I’m self-taught… a lot of that comes from Montessori… Speaking of traditional education, I work in my current role with a lot of interns who come out of the top 10 computer science schools, Berkely, MIT. And I see what they are and aren’t prepared for once they hit the job market, and it can be pretty staggering.

[Employers] need people who can do more than follow a prescribed set of [steps] like here’s how you accomplish your homework; in the real world it doesn’t really work that wat; the education system says it’s meant to build a lot of that thinking, but I don’t see it doing as nearly as good of a job as Montessori did. Having worked with people coming out of Berkley and MIT, so many of them are like “Okay, just give me the steps to complete this” when instead they should be able to handle “I’m going to give you a problem, and it’s your job to figure out those steps.”

In San Francisco the inequality is huge, and I would like to do some things to impact the world… One that makes me proud is the UK health system, when they switched to our software from Oracle, they saved enough money to give healthcare to one extra underprivileged baby a day. So I just want to work on software. I think [my company] and working for [my company] really do want to better the world through our projects. Being involved in those projects is how I try to effect some change in the world.

I am so thankful I went to CDS because it gave me fundamental tools to succeed in life. It really did prepare me for life. Montessori really does give you tools for life. Outside of just work. How to interact with people and treat people.

People in my industry understand the difference in the type of education Montessori provides and the type of thinkers that it builds versus traditional education. This idea that what kind of thinker the company needs and what the team is trying to hire. Montessori just fosters that much better.

[To me, with regard to doing homework, Montessori taught me that doing problems over and over again was to teach myself… Not to satisfy the teacher’s opinion of my grade. And the teacher to me has always been like a resource to learn, not this kind of person who’s judging me or something. That extends to college too. To me the professor was only a tool as much as the book was a tool.]

There’s always something I can learn more about, especially in light of the past, or in terms of moving forward, especially in our industry where things change daily; so, it’s learning for the sake of self-evaluating, for being more worldly, to connect with other people. One thing Montessori taught me is that learning anything can sort of inform other things you’re thinking about that may be more important that will give you another perspective; so you can always be gathering more knowledge and understanding more things; you may not internalize it to where it’s instinctual knowledge, but at least you know it’s there.

I think that Montessori teaches someone to fish rather than gives them a fish, sort of thing. The Montessori model gives a person indispensable tools as they get older.

All of them in different ways. Respect is the first one that came to mind. Something about being good to others and treating them how you want to be treated. My parents taught me that, but so did Montessori, and how to interact with my classmates and treat them respectfully and understand people’s differences but not in a way as to highlight them, but just to respect it.

Also you need to be resourceful. You need to figure out where you can go to get more information.

Responsibility is drilled into me. I often feel that I’m over responsible for things. When I write software—there’s a person who writes it, and there’s a person who reviews and tests it—we would talk about what was the responsibility of the one who reviewed the code—and I was very much like “If you reviewed it, you’re as responsible as the one who wrote it.”  And bringing that to the team, the change in the software quality—by focusing people’s responsibility–was huge. Because when people feel responsible,  they do better work because they think it reflects on them.

I also had a teacher once in public school who said something like “Regardless, just be good to the people around you, and if that ripples out, it will have a positive effect” and that just stuck with me.

The things I remember the most from Countryside are all Math related… I remember hanging out there and learning, which is what I do now.

I’ve always been very strong in math because Montessori let me focus on it.