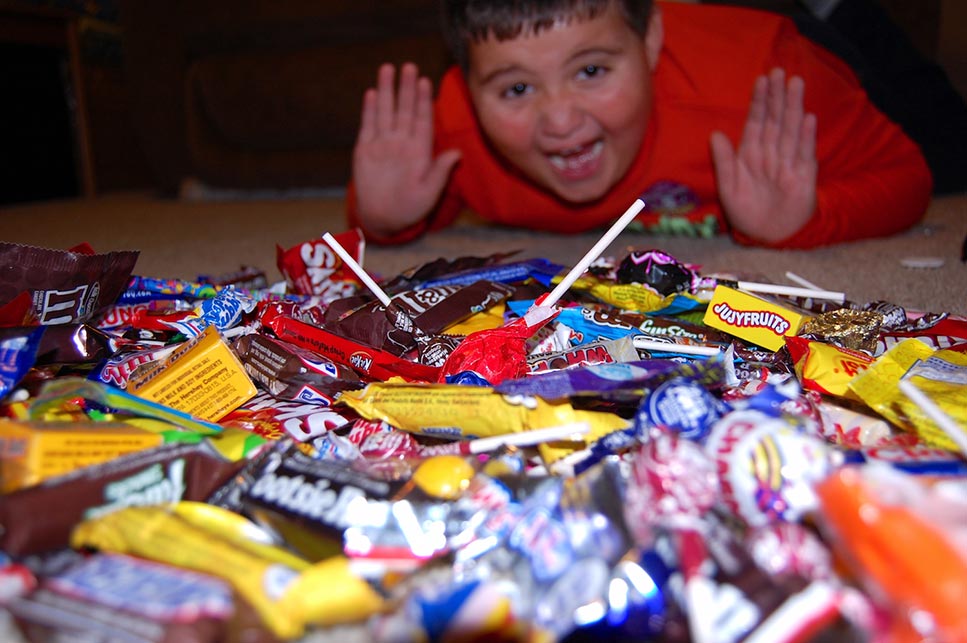 It’s that time of year when conscientious parents carefully check their children’s candy after returning from trick-or-treating. We even remember our parents scrutinizing the popcorn balls, unwrapping the butterscotches, and pulling apart the taffy–while we impatiently waited to dive into the spoils of our childhood trick-or-treating. Think about how widespread “Halloween Parenting” changed because of the tainted candy rumors–stories powerful enough to change day-to-day parenting behavior on a massive scale!

But even more shocking is this: there is not one credible case of tainted Halloween candy! The rare reported incidents of tainted candy are at best debatable.

What is scary is this: the fact that something so false can be so widely believed and have such a widespread effect on day-to-day parenting behavior. But luckily, making our children wait while we check their candy doesn’t really harm them.

What could harm our children are the false things we as parents believe about education, which influence the educational choices we make for them, and which can have lasting repercussions in their academic, social and professional development.

Here are 3 such educational myths of Halloween-like proportion.

Actually, as soon as the elementary years begin, children become more interested in their peers, and as a result, time in school greatly impacts character (for better or worse).

So what can a school do? It can create an intentional culture that matches the values of its community.

The challenge:  The larger the school, the less opportunity it has for creating an intentional culture, and the more likely a default culture will form.

The solution: Find a school that has a mission statement that matches your values. Then, spend time in the school to assure that its culture really matches its mission.

2. All Schools are Essentially the Same

This is a false assumption on every level. Great progress has been made in brain research about how children actually learn. And the news is not good for conventional educational approaches. There is little good that comes out of a class where the teacher stands at the front and lectures, says much educational research. This is not how children learn. They learn by doing things.

Although education has been slow to change, there are many schools that have followed the evidence and are teaching children in very progressive ways, which are  leading to much deeper understanding and longer retention of information for students.

3. The Most Important Aspect of Education is Academics

The greater complaint being heard form the professional world (with the exception of the lack of writing ability) is not that young employees didn’t learn enough math or history, but that they don’t have the skills or character necessary to be effective co-workers. The don’t know how to collaborate, take initiative, problem solve, or be responsible. If you want to give your children an education that will prepare them for a successful life, in addition to the next level of schooling, find a school that has a culture dedicated to strong character.

Parents can be Myth-Busters

These widely-believed myths about education are much more harmful than urban legends about tainted Halloween candy–as the choices they influence have innumerable long-term consequences for children. Also, they are harder myths to bust because many of our educational experiences were built on these same assumptions. But we as parents can make good choices about our children’s education–built not on myth–but on research-supported approaches that promote character alongside academics.

Schedule a visit to Countryside and see for yourself.